Love CBD oils are the duck in the hen coop, the dog in the cattery. While nearly everyone else offers ‘drops’ they went with ‘spray’. Having had some difficulty with oil droppers in the past I can see their point but if it makes that much of a difference why hasn’t everyone else made the switch to spray bottles?

The entourage oil from Love CBD promises to deliver a full spectrum of cannabinoids which provide the entourage effect.  It has been demonstrated in studies and widely accepted that the interaction between cannabinoids, terpenes and other natural plant chemicals make them more effective than isolated CBD.

While I have found previous full spectrum and whole plant extracts to deliver a real boost, they often produce a thick foul-tasting oil that’s hard to stop from leaking and even harder to swallow.

I’ve been using the Love CBD 800mg entourage oil spray for two weeks now so let’s dig right in and begin with the taste.

The lab tests for all Love CBD products are easily found on their website and are regularly updated with each new batch. Each shows the range of cannabinoids including CBD and CBDA with trace amounts of CBN, CBG, CBC, THC and THCA.

The majority of the lab reports for this product show more than 800mg of CBD is present in the oil, but there are a few that hold a little less. The total amount of THC works out at 2.38mg, which is slightly more than the UK legal limit of 1mg per container.

The lab reports for older batches also pick up tiny traces of mercury, lead and cadmium. These results are well within safe levels, but they aren’t tested for in the most recent batches.

When I have read product descriptions of CBD products that come in spray bottles, I got the impression that each pump gives you a precisely measured amount. Bottles like this often indicate how many pumps it contains in total or how much exact ingredient is delivered in each push of the cap.

However, once I started using it, I realised that this isn’t the case. The pump is like any other spray with the serving size depending on how hard you push the cap. Also, on each push there is less resistance which feels as if it isn’t primed properly.

Having said that, in comparison to a dropper, I am a total spray convert. With most droppers I tend to get the oil on my fingers and struggle to line it up under my tongue without a mirror.

The spray makes this so much more convenient. Wherever you are you can just pick up the bottle and spray as much as you require. Because you don’t open the bottle, the risk of spillage is less. A small amount does drip out after use. However, I didn’t feel that I was missing out on as much CBD as I do with dropper bottles.

I was expecting a bitter oil, but this was worse, far worse! The intense fermented grass flavour took me straight back to watching Back to the Future as a teenager and Biff Tannen screwing up his face in disgust and saying, “I hate manure!” If I’m honest, I think he got the better deal.

There is a bitterness to this oil that hits you straight in the back of the throat, despite it being sprayed under your tongue. The only way it can be removed is with an equally strong flavour. As I persevered, I did find it tolerable, but I always prepared a large glass of juice to help with the after taste.

While I really didn’t enjoy the flavour it did remind me of something my granny used to say, if I had a particularly foul tasting medicine, “It’s supposed to taste bad, that’s how you can tell it’s going to do you good.”

Was the effect as big as the taste? If it wasn’t, I wouldn’t have kept taking it. I have braved that manure heap twice and sometimes three times a day since it arrived.

It had an effect that I really wasn’t expecting from a CBD oil. When I usually try a new oil, I get a sense of relaxation and feel quite chilled. Which is what I experienced when I tried the BioBloom CBD oil and the Bud & Tender 1000mg. This one felt like it genuinely gave me an energy boost.

I found it easier to get out of bed and I had more focus and drive. CBD often works differently for each individual and each person has their own optimum amount. It might just have been the right sized micro amount ratio for me, but something really worked.

In terms of potency this wasn’t the strongest oil and with only 800mg in 20ml you wouldn’t expect it to be, but for me it was effective.

Just less than £50 for 20mls of full spectrum oil makes this good value. It’s not a particularly strong oil but the mix of cannabinoids increases its potency.

Having a spray nozzle delivering the oil is more efficient than a dropper. This allows you to use nearly all of the CBD in the bottle. Not something I have found with other brands.

It contains a blend of three hemp varieties chosen for their effect but its real value is its simplicity. There are no excessive frills here, just an oil that gets the job done.

This is a good value entourage oil. I like that it is created from a blend of hemp grown in different areas of the world. Even though it is the worst tasting oil that I’ve tried to date, my granny may have been right because it did do me some good.

The flavour of this oil really put me off at the beginning but after a few day I was glad I’d stuck with it. I would definitely go with the ease of a CBD spray over a dropper in the future. The real thing that made the difference for me was the effect. While it isn’t the strongest oil, the range of cannabinoids really added to the impact of the CBD. 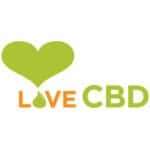