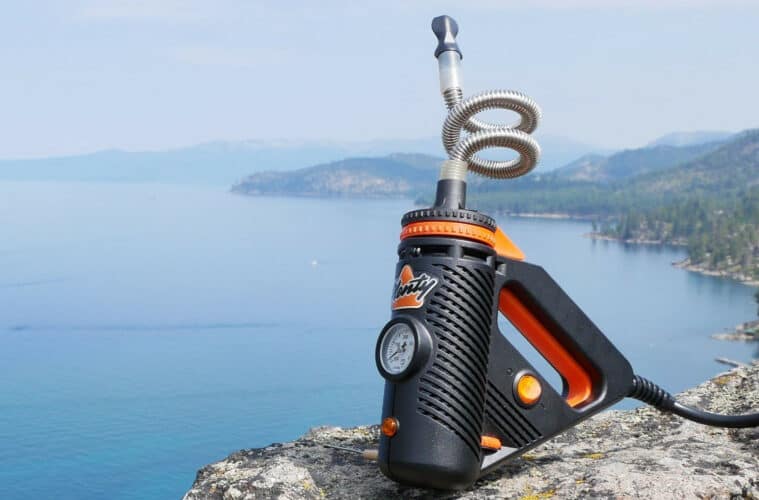 Plenty by Storz & Bickel in Review

The Plenty is a semi-portable convection vape for dried herb made by Storz & Bickel, the same German company that’s responsible for the iconic Volcano. The rugged, industrial design gives the Plenty a unique look and feel compared to today’s more streamlined devices.

I bought the Plenty as a companion piece to my Volcano a little over a year ago. This is my personal review based on how I like it and what my family thinks about it. I hope it helps you decide if it’s right for you.

The Plenty is a corded vape. I chose it because I wanted plenty of voltage and I didn’t want to worry about battery failures. This configuration makes the Plenty easy to pack for travel, but if you want to vape while you’re on the go, this is not the product for you. Check out S&B’s Mighty or Crafty instead. 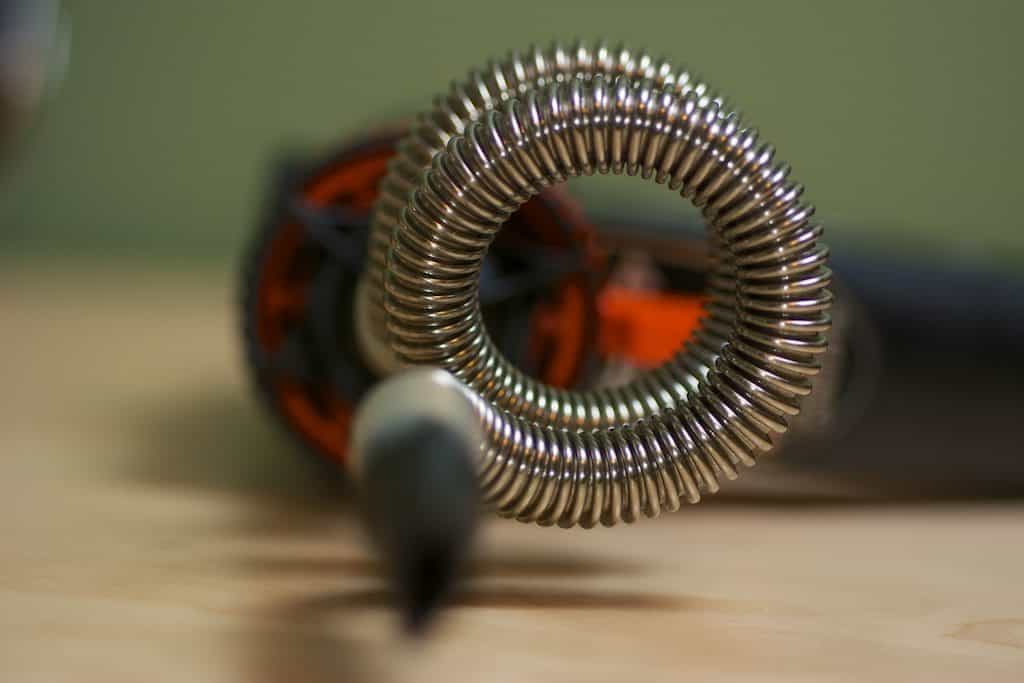 When the Plenty arrived, I had already been using the Volcano for a few months and really liked it. Using the Volcano was fairly intuitive. Within a few minutes of unpacking the box, we knew how all the parts fit together and were vaping on a balloon full of vapour. It took a little longer to get the hang of the Plenty.

To use the Plenty, pack the herb chamber with ground material, set the temperature and turn on the unit. The orange light goes out when it reaches the set temperature and it’s ready to produce vapour. So far, that’s very similar to the Volcano.

Here’s where it gets different. Instead of inhaling from vapour-filled balloons, the Plenty features a long, metal whip that’s coiled into a spiral. As the vapour travels from the herb chamber to the mouthpiece, it’s cooled by the surrounding air. The directions say to inhale slowly and evenly for several seconds.

It took several failed attempts to figure out exactly how hard you had to inhale (as well as slowly and evenly) to generate enough airflow to travel from the bottom of the herb chamber, through the cooling coil and into the mouthpiece. But, do it once and you’ll know what to do from then on.

The Plenty, unlike the Volcano, has an auto shut off feature. Once it reaches the set temperature, it will not heat back up until you press the release handle. That doesn’t sound like a big deal, but there have been “plenty” of times that I’ve pressed the handle, gotten distracted and forgot about vaping until it was cold again.

There’s one more thing about the Plenty that I’m not fond of. I like it to stand vertically instead of laying on its side, even though the design functions perfectly at any angle. It’s just my personal preference. Storz & Bickel’s solution is to insert the included cleaning brush in a recessed screw hole so it acts like a little kickstand. It works, but it’s not very stable.

The Plenty’s temperature controls are very similar to the Volcano Classic. You set the desired temperature by turning a small orange dial that’s positioned behind the main housing near the bottom of the handle. It’s marked with numbers ranging from 1 to 7 instead of actual degrees. You’ll have to refer to the owner’s manual to know how to adjust it. Dried herb vapes well at around the 6 mark. Turn it down for more flavour or up for more potency.

It takes about four minutes for the Plenty to go from completely cooled down to the desired temperature. The thermometer on the housing will let you know when it’s getting close. If your Plenty won’t heat up to the proper temperature, check the dial. It’s easy to turn the heat down by accident.

The Plenty is a quality product just like you’d expect to receive from Storz & Bickel. If you don’t know about S&B, they’re a German company that’s been building vapes since 1998 and have an ISO 9001 and 13485 certification to make medical devices.

This specific vape has a nice heavy feel when you pick it up. The external housing is mostly plastic, but you can tell it’s not cheaply made as soon as you touch it. The cord is nice and thick with a heavy gauge wire.

We did have one problem with The Plenty that’s not uncommon. One of the threads at the top of the housing broke off. Without this little piece of plastic, the herb chamber wouldn’t fit tight enough to prevent leaks. I reported this to S&B and they authorised a return within 24 hours. I expected them to say it was user damage and charge me for the repairs, but I had a brand-new Plenty in my hand about 10 days after I had shipped the broken unit out.

Storz & Bickel backs up the Plenty with a 3-year warranty and they stand behind their products. However, only time will tell if the typical user will get the same 10 years of use with this device as many do with the Volcano.

I’d give the vapour quality a solid 10, except it’s a little warm. Like most true convection devices, the vapour is smooth and full of flavour. Even non-smokers can comfortably take a full lung hit with this device.

If you don’t like a warm-ish vapour, use the same hack I picked up from the web. Attach a long piece of silicone tubing to a water pipe or hydrotube bubbler to cool off the vapour. Problem solved. 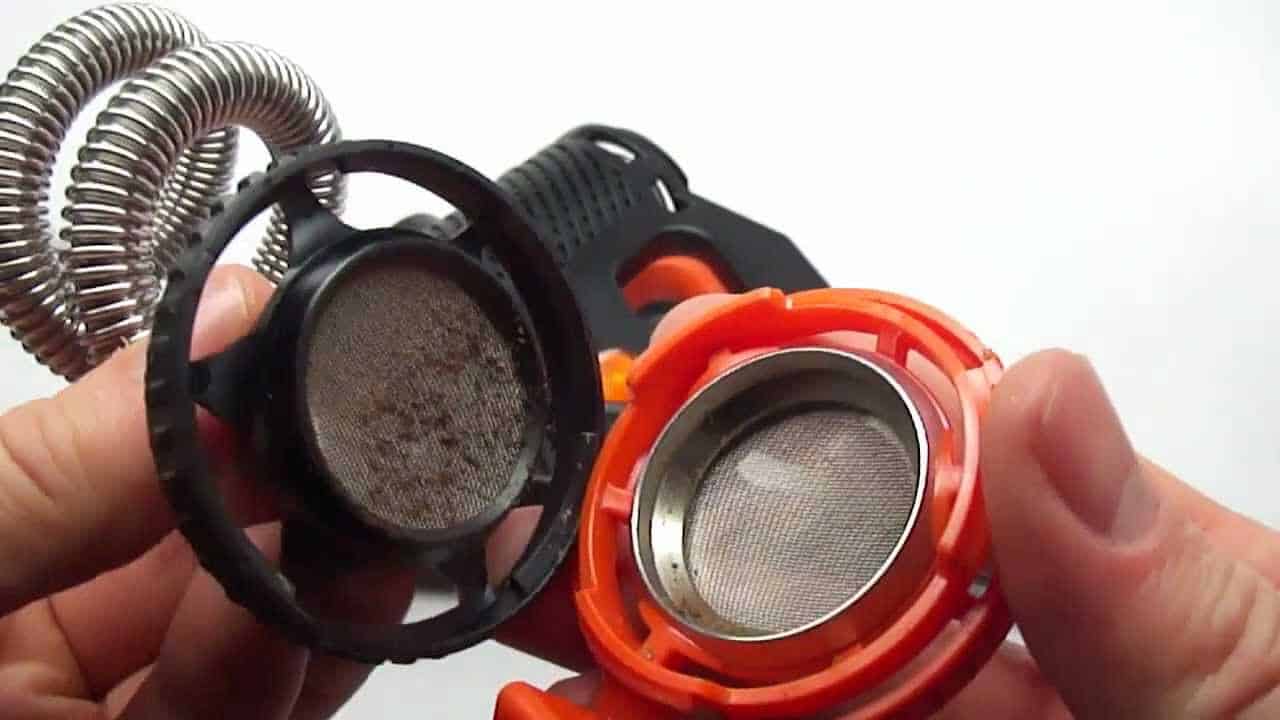 The Plenty is a little more complicated to maintain than the Volcano, but it doesn’t need to be done very often. S&B recommends you clean the inhalation parts more often if multiple people are using the vape, but only a few close family members use mine. To be honest, my replacement unit over six months old at this time and I’ve never felt the need to clean it.

Wipe the plastic housing off with a damp cloth if it gets dusty. The herb chamber, cooling coil and mouthpiece break down into individual pieces within minutes for easy cleaning. Clean by hand using dish soap or high-strength alcohol or drop them in the dishwasher. If you use the dishwasher, place all small parts (mouthpiece, tubing, screens) in a mesh bag so you don’t lose anything.

At roughly half the price of a Volcano Classic, the Plenty delivers plenty of value for money. It’s a true convection vaporizer that produces a smooth, flavourful vapour. That’s difficult to find at this price-point. On the other hand, if you’re trying to save money by replacing your Volcano with a Plenty, you might be a little disappointed.

You can’t beat the 3-year warranty that Storz & Bickel includes with every Plenty purchase. Parts are readily available should they be needed, and the company has technicians in both Europe and the Americas who can service faulty devices both before and after the warranty expires. 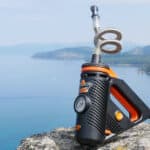 Plenty Dry Herb Vape Review
Overall
The Plenty is a corded vape from the Storz and Bickel line that delivers consistently good vapour day in and day out under heavy use. It takes a few tries to get the hang of using the Plenty, but the learning curve isn’t too steep. The Plenty is easy to maintain and should deliver years of reliable use. Although I’d change a few of the design elements, I still enjoy using it and would recommend it to a friend.
Ease of Use
8
Temperature Control
8
Build Quality
9
Vapour Quality
8
Cleaning and Maintenance
9
Value for Money
10
Pros
Affordable
High quality materials
Nice vapour taste
Low maintenance
3 year warranty
Works with extracts too
Travels well
Cons
A little clumsy
Not truly portable
Not hygienic for group use
No automatic reheat
8.7
Rating
Buy at Namaste
See Price